By Avi Wilensky | Posted in Autocomplete, Suggest | No Comments »
Tweet

Google Autocomplete (formerly Suggest) is an effective algorithm to mine what people are Googling in almost real time. We’ll find out how real time it is as the storm progresses, but we are already seeing the locations that the storm is projected to hit in the result set – as south as Maryland, all the way up to Canada as show in the map below from the National Hurricane Center. 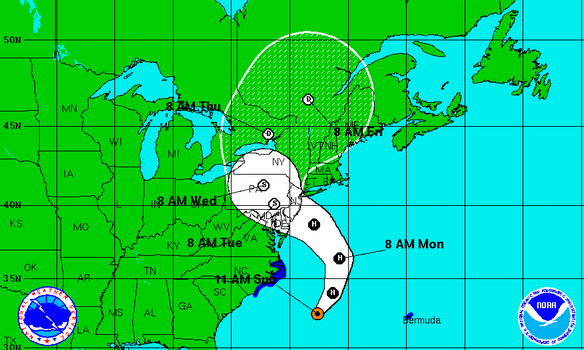 Current all :[locations have been bolded]

As you can see from the list above, Google autocomplete is like a realtime trending topics. In the case of Hurricane Sandy, autocomplete is accumulating and ordering the locations from all news sources that people consume and later query.

The number of terms in autocomplete related to Sandy has quadrupled in under 24 hours. We have new terms that people are querying such as: